Talisman suffered unusual and extensive damage after hitting a rock off the South Devon Coast.

The damage to the Prima 38 was exacerbated by the deep draft nature of the boat. As she impacted, the vessel stopped, slew to starboard and her port side topsides impacted on the same rock causing the hull to be damaged above the water line. The rudder was significantly damaged, too.

Bouncing back off the rock, the owner was able to get her safely to port where insurers instructed Falmouth Boat Co. to attend and bring her to Falmouth for haul out and closer inspection.

Hauling the boat out for inspection showed that the keel to hull joint had been severely displaced yet, internally, there was little evidence of the same other than ruptures in the side wall of the port side aft cabin and cracking on the main saloon GRP floors.

The rudder required removal and re-building and the hull impacts needed repair and repaint to blend in to the above water line work.

Under the water, with the keel removed and repairs to the laminate starting in earnest, it became apparent that approx. 30% of the underwater section of the vessel had de-laminated in the impact. This required a large amount of the bottom of the vessel to be cut out and removed, a mould made and new sections grated into the hull to make good.

With the keel repaired, she was assembled, launched and commissioned. 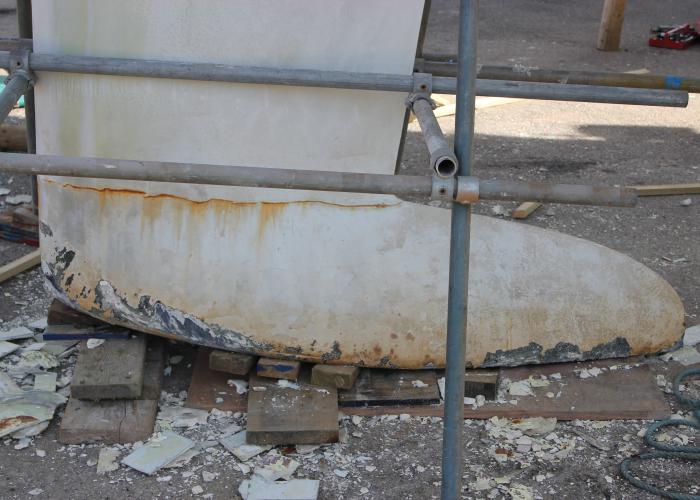 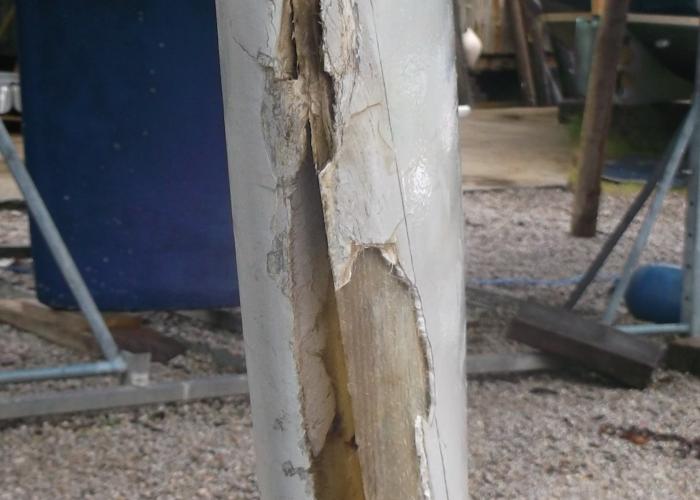 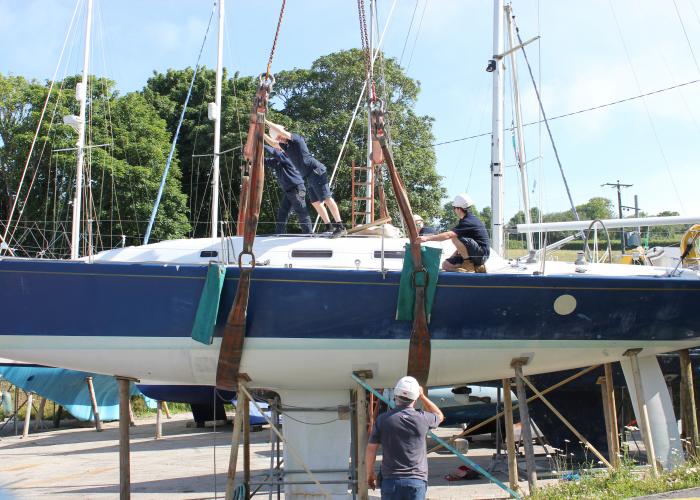 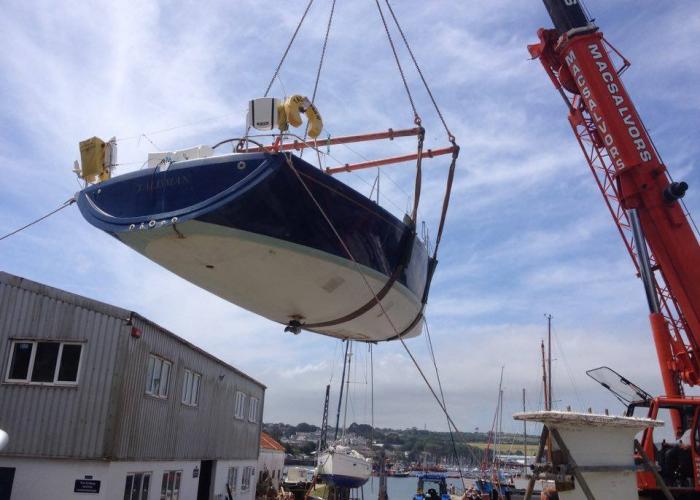 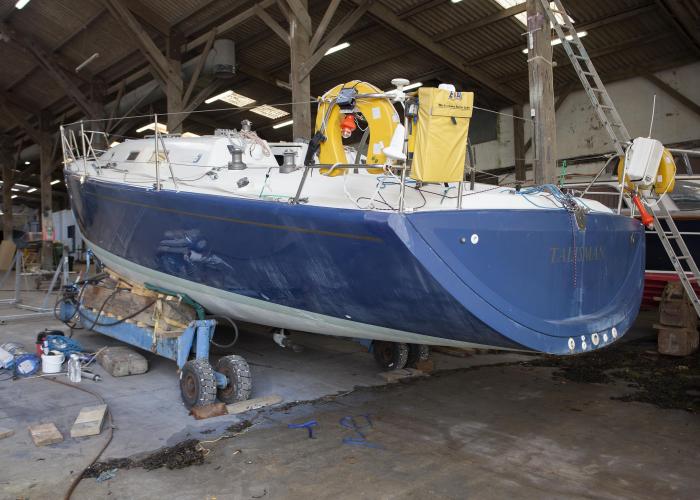 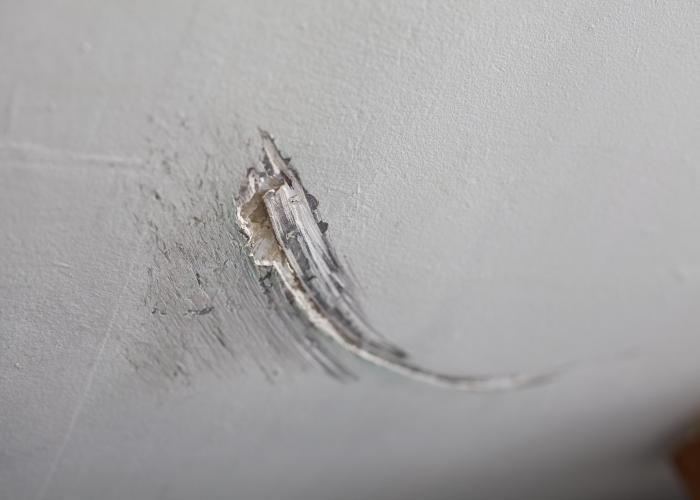 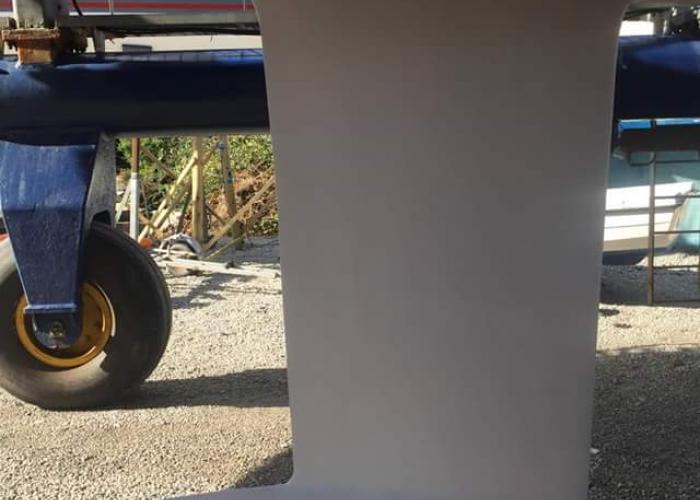 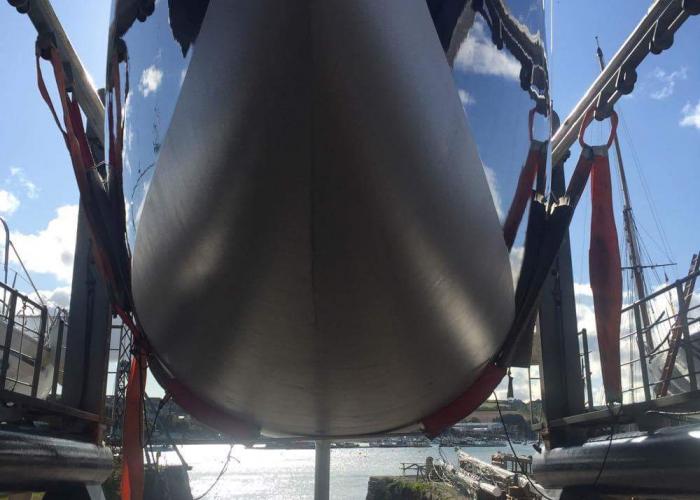 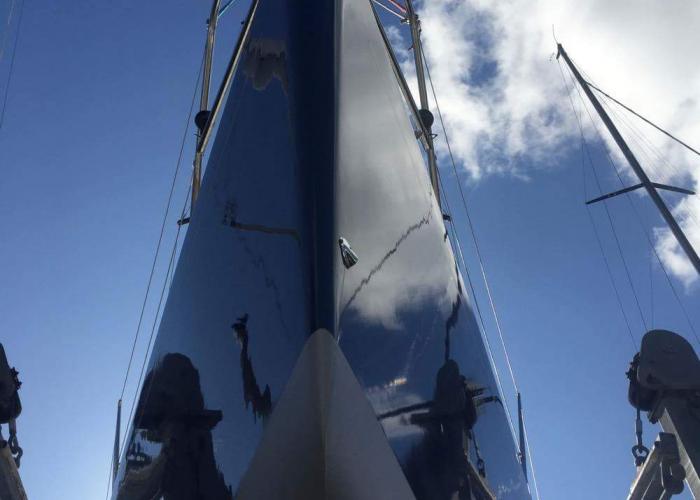